The Prospects Off-Season Play Is Coming To An End. The Phillies Appear To Be Strong Up the Infield Middle In The Future

The Phillies Front Office is spending most its time in the off-season trying to sign free agents to get them out of their doldrums at the MLB level. Good luck to them. Yesterday, we drove past the Blue Jays minor league complex. We saw about 30-40 players in full uniforms working out.  So January workouts at least in Dunedin is up and running.

For me the really big “question” to answer is which Phillies prospects have caught our attention in the off- season leagues? That’s an easy one to answer. It has been middle infielder Luis Garcia in Fall Instructs. In the Australian Baseball League it has been pitcher Kyle Glogoski, catcher Mitch Edwards and middle infielder Curtis Mead.

The oldest of the bunch is Glogoski who just turned 20 years-old in January 6th.  Edwards will play 2019 to start at baseball age 19 and Garcia and Mead at 18 years-old. All four were International signees; Garcia from the Dominican Republic, Edwards and Mead from Australia and Glogoski from New Zealand. 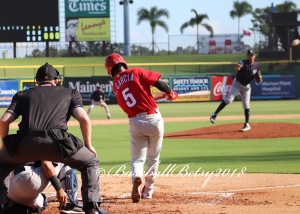 A switch-hitter, Garcia led the rookie level Gulf Coast League last year with a .369 batting average and hit .389 in his last ten GCL games. Primarily a shortstop, he did play some second base in Fall Instructs. Watch several of his hits from Instructs HERE. 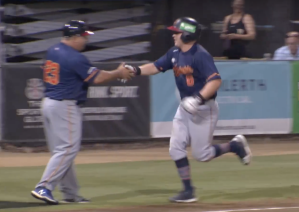 Edwards switch-hits as well. He is hitting .436 in his last ten games for Adelaide in the ABL. He has eight multi-hit games during his hot streak. Watch several of his hits from Fall instructs HERE. 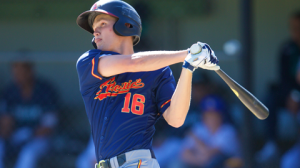 Teammate Mead on the Adelaide team is hitting .375 over his last ten games. Primarily a second baseman who has played several games at short in the ABL. He has three, three-hit games during his hot stretch with 14 RBIs and two home runs including a grand slam. Watch a hit of his during his streak HERE. 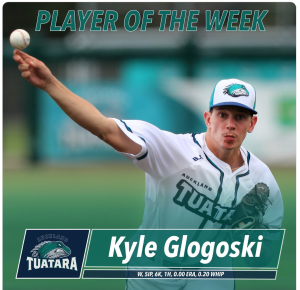 Glogoski finished up with four starts for Auckland N.Z. in the ABL. He was shutdown by the Phillies after 19.1 innings.  At the time he was second in ERA and third in WHIP in the ABL. Watch HERE.

Luis Garcia, Mitch Edwards, Curtis Mead and Kyle Glogoski show that the Phillies have good chances to be strong up the infield middle for many years to come.

I have been a faithful Phillies follower all my life. Today I am most intrigued by those players in the minor league system who work every day of the year to make it to the Show. This is what this blog is mostly all about. To read more, click here: https://baseballross.wordpress.com/2012/02/05/how-i-got-started-in-baseball/
View all posts by Baseball Ross →
This entry was posted in Uncategorized and tagged Curtis Mead, Kyle Glogoski, Luis Garcia GCL Phillies, Mitchell Edwards, Philadelphia Phillies, Toronto Blue Jays. Bookmark the permalink.